The countryside between Tanvald, Smržovka and Albrechtice v Jizerských horách is dominated by a distinctive mountain known as Špičák. It not only stands out due to its shape located in the wedge of the Kamenice and White Desná Rivers, but also due to the impression made by its steep bulk. A stone lookout tower was built there in 1909.
The construction was also the work of the members of a mountain association, in this case the members of the Albrechtice branch. The architect was once again Robert Hemmrich. Nowadays, Špičák is mainly known as a ski resort with several downhill runs of varying degrees of difficulty.
The chairlift with a total length of 1179 metres not only operates in winter, when it serves the skiers in the Jizerky Skiarena, but also in summer. It can be used by hikers and by visitors to the Bikepark. The view from Špičák is magnificent: a panorama of the Jizera Mountains with the Jizera River and Smrk joined by the Giant Mountains with Jinonoš and the massive Kotel, the Černá Studnice Ridge in the south and Javorník and Ještěd in the west. www.tanvaldskyspicak.cz 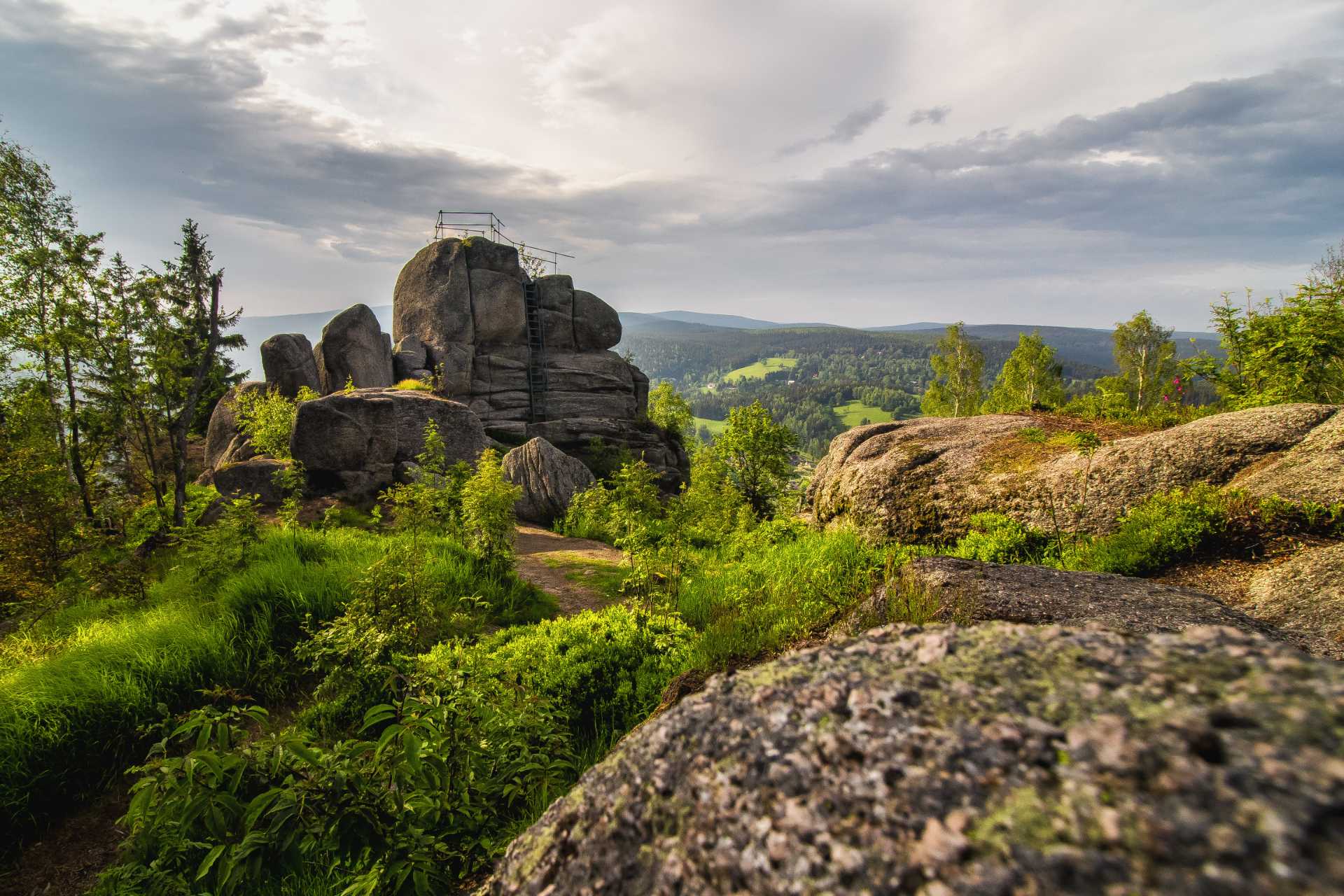 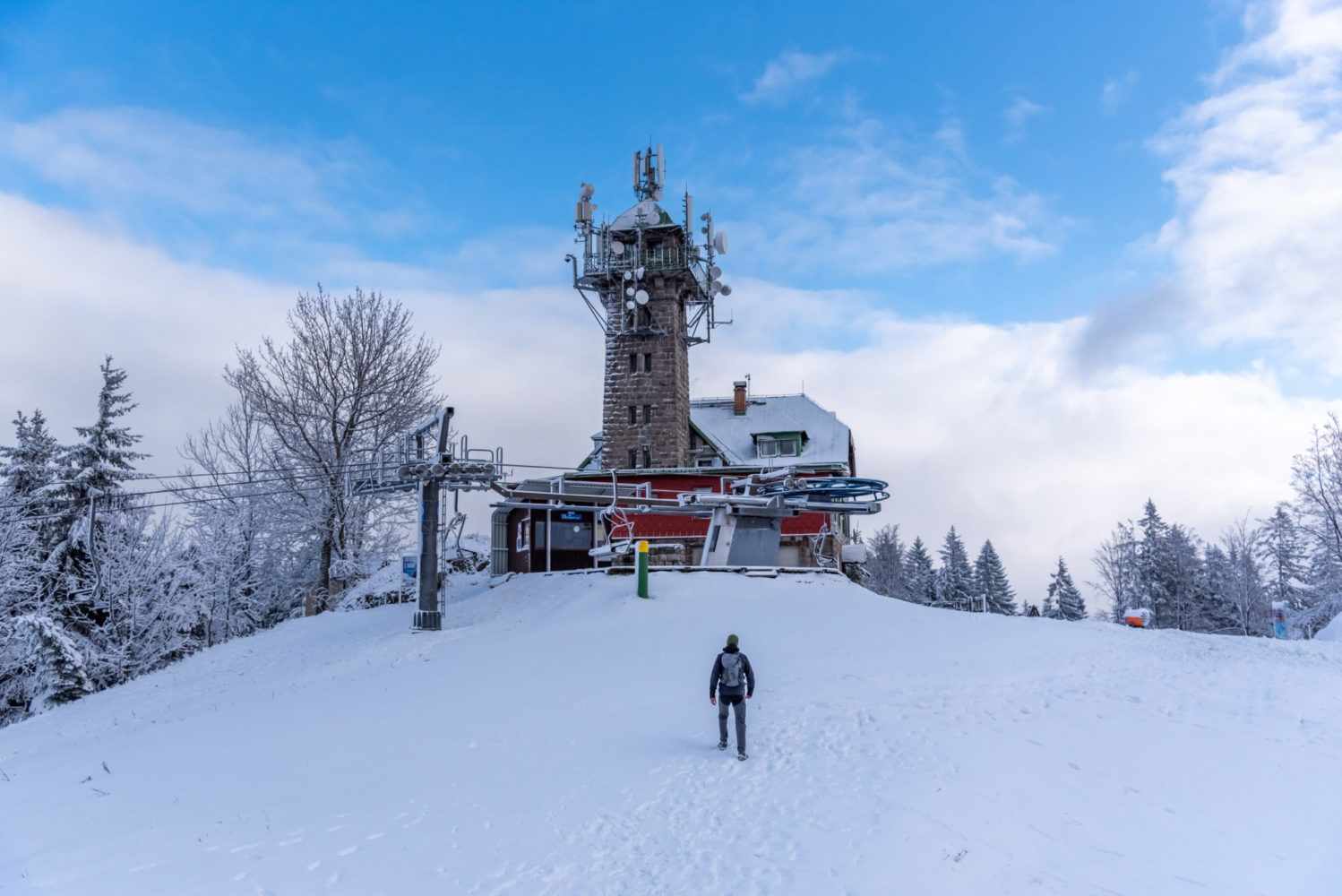